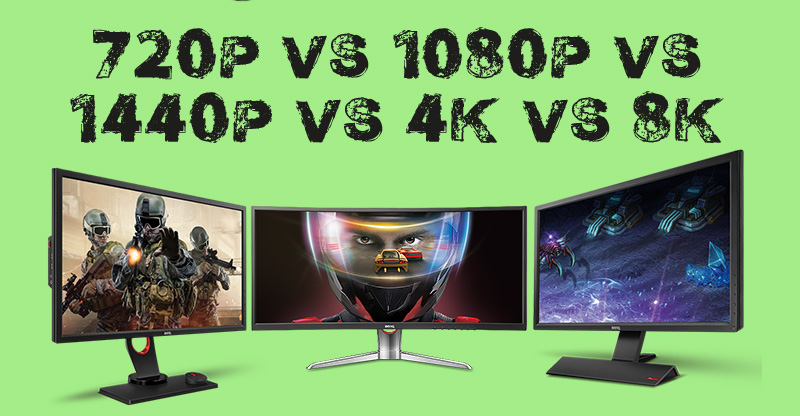 You probably have heard of screen resolution before, but you may not understand what it means. Phone, laptop, computer monitor, and television manufacturers will typically advertise what their products’ resolution is. There are a number of terms and numbers used to describe resolution such as 720p, 1080p, 4k, 8k, HD, Full HD, Quad HD, and Ultra HD.

Unless you keep up with the latest tech news, you’re probably confused about what some of those terms mean. This guide will explain everything you need to know about screen resolution, and what all those terms mean.

What is Screen Resolution?

Modern-day displays such as your television or computer screen create images by combining thousands of tiny dots of color. These tiny dots of color are called pixels. Pixels are the smallest part of a digital image. Each pixel can be lit up to be one of several colors, usually either red, green and blue or magenta, cyan, yellow and black. Hundreds of thousands of these small points of light combine to create the image we see on the screen. 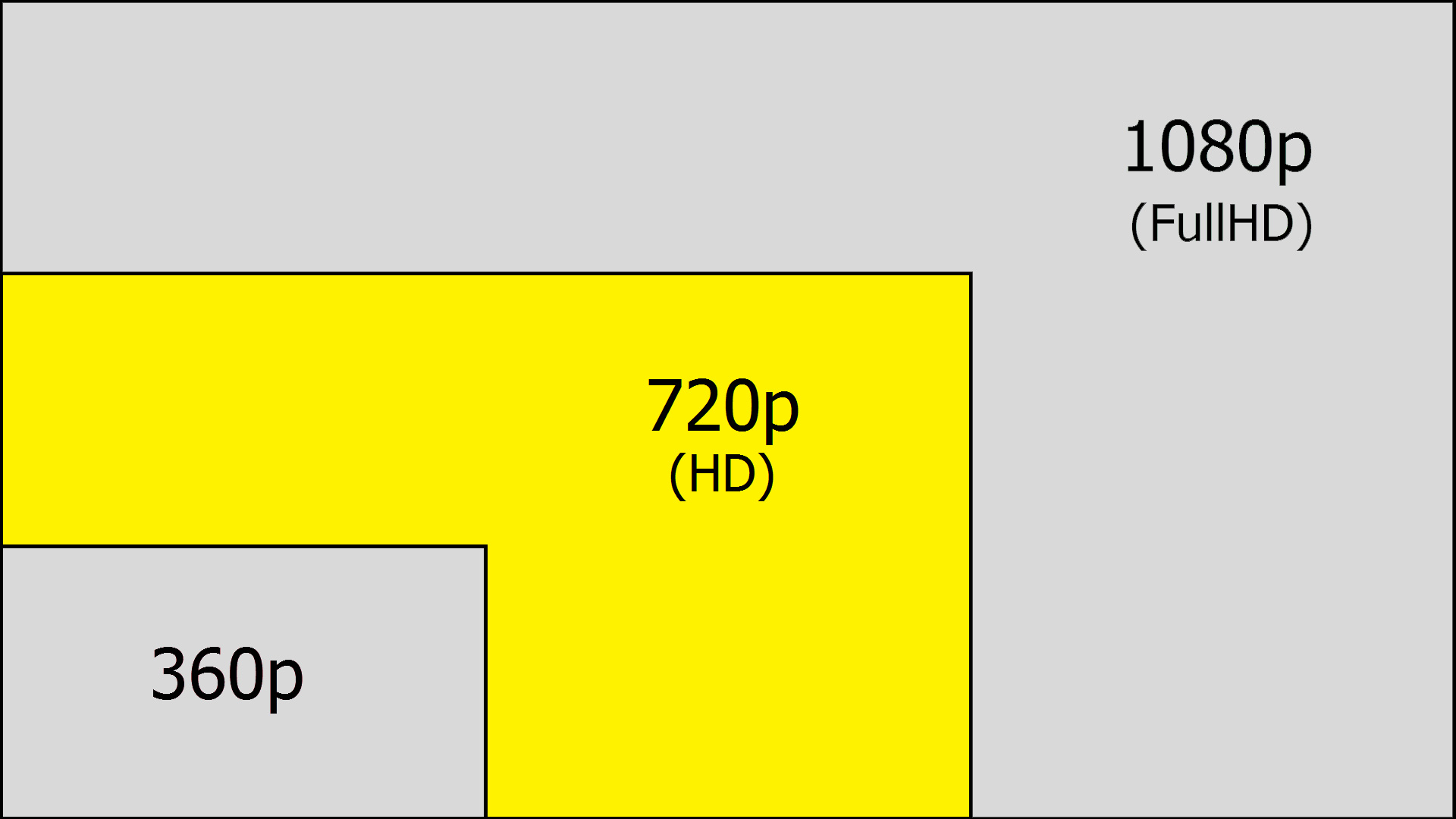 Almost all displays made today have a resolution of at least 720p, so the term high definition can be misleading. 720p displays today are the absolute cheapest option available. 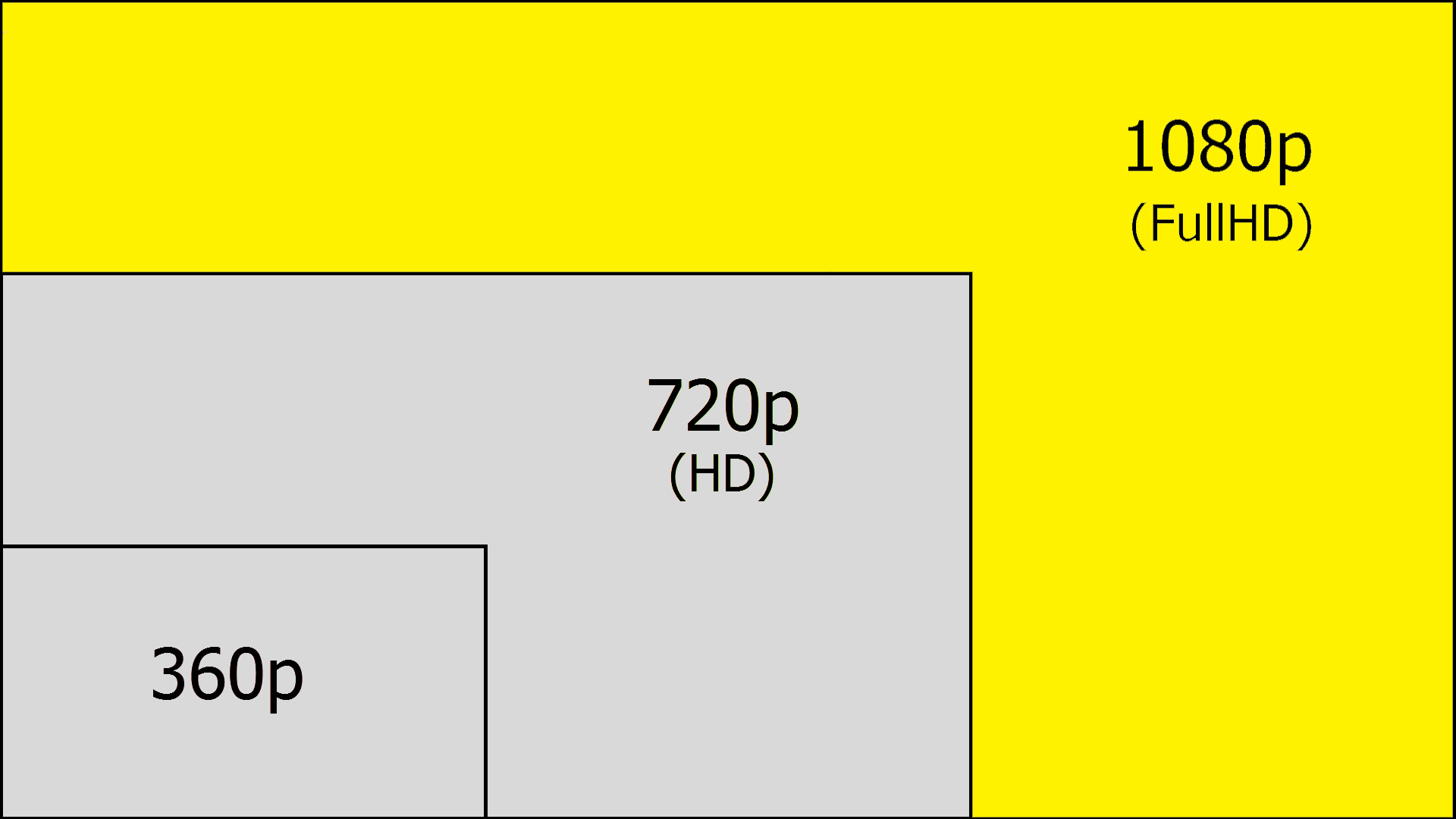 1080p is the most popular screen resolution used today. It is relatively inexpensive compared to other higher-resolution displays and is usually worth the small price increase from 720p. 1080p is a good resolution for the standard console models and for low to mid-range PC gaming rigs. 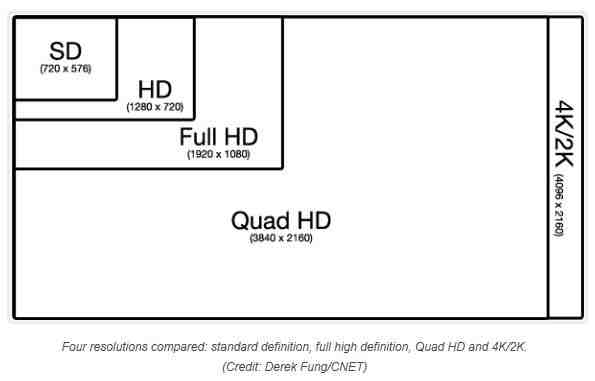 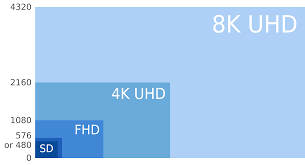 What Screen Resolution Do You Want When You Are Buying a Laptop, Television, Phone, Etc.?

However, 1080p is quickly becoming the standard display for many phones, laptops, and computer monitor manufacturers, and you will likely be able to find many 1080p devices that aren’t much more expensive than a 720p option.

When buying a display, you should consider what you will be using it for. For example, while a 4k screen has a higher resolution than a 1080p display, if you are only using the screen to view 1080p content there is no need for a 4k screen.

Video services such as Netflix have 4k content, but it costs extra. The standard Netflix package only has 1080p content. Xbox One X and PS4 Pro are the only consoles that can play games in 4k.

While an 8k screen is the highest resolution for consumer displays today, there is almost no content for it, which means for most people the expense is not worth it. Game developers have not started making games in any resolution higher than 4k, so for gaming, there is absolutely no reason to break the bank getting an 8k television.

What Screen Resolution Should I Get for PC Gaming?

While higher resolution displays are capable of producing a better picture, when you are gaming it is only worth it if the rest of your hardware can produce a 4k image quickly enough to play a game without lag or other issues. Usually when gaming you want at least 60 frames per second, so you have a smooth image.

If your computer can only play a game in 4k at 30 frames per second or less, you may want to play the game in 1080p or 1440p, so you have smooth gaming experience.

In this case, you should get a 1080p or 1440p monitor or laptop. If you have a sufficiently powered computer, you should go with a 4k gaming monitor if you can afford it. Typically, you will want at least a Nvidia GTX 1070Ti or an AMD RX Vega 64 if you want to play games in 4k resolution. 1440p is usually a good middle ground, offering a higher resolution than 1080p but without requiring the most expensive graphics cards.

What Screen Resolution Should I Get for Console Gaming?

One of the main features of the PS4 Pro and Xbox One X is their ability to play games in 4k resolution. If you have one of these consoles you should strongly consider a 4k television, so you can fully utilize these consoles capabilities.

If you are looking for a television to play retro games you won’t need anything more than a 720p gaming tv, however, a 1080 television may be worth it if you are also going to use it to watch television or movies.

How Important Is Screen Resolution in a Display?

Screen resolution is just one factor you should consider when buying a monitor. There are other factors to consider such as refresh rate, color accuracy, display size, and whether the display is a standard LED display or an OLED display.

Color accuracy helps create a better picture. OLED displays allow individual pixels to be turned off, which greatly improves the color accuracy of dark and black images. Make sure you do your research on the other factors that influence display quality before purchasing a monitor or television. Overall screen resolution is important, but only one factor you should consider when buying a display.