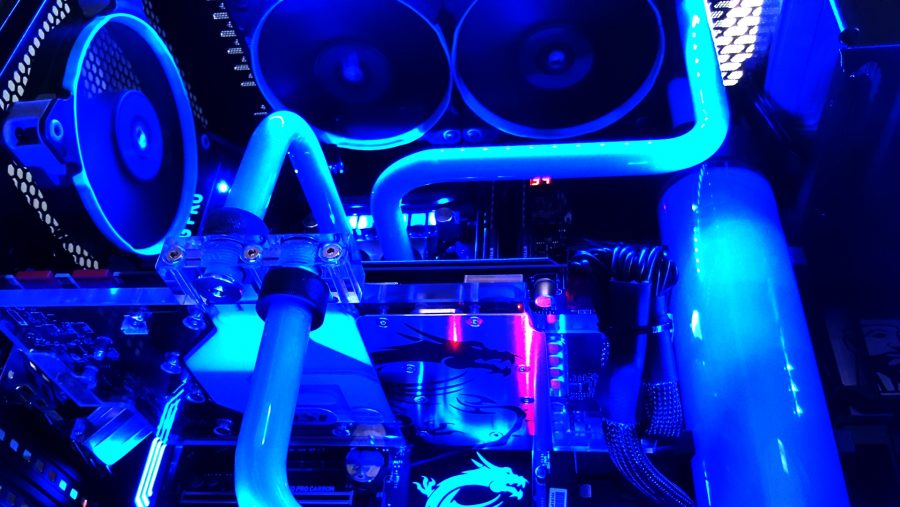 Generally speaking, it’s good to know the temperature of your CPU.

However, just knowing the temperature isn’t enough, you must also be familiar with the ideal temperature. Unfortunately, there is no one answer to this question since there are variations in acceptable temperature ranges. This applies to systems that you have purchased, as well as those that you have built on your own.

Let’s delve deeper into this topic.

Is Your CPU Temperature Too High (the short answer)?

We get it – sometimes you just want a quick answer to cut through the chase. So let’s first start with a general answer to the question of whether your CPU temperature is too hot. While there is more detailed information below, the short answer is that there are some temperatures that should certainly cause concern and be addressed if they occur on a consistent basis.

In fact, either one of these situations should raise an eyebrow.

One of the initial steps required to identify your CPU’s temperature is to find out the temperature at which the processor’s core is running. This can be accomplished in a number of different ways. For starters, you can check the core temperature of your CPU through the BIOS of the motherboard.

You’ll get the idle temperature for your CPU, but this is of no value for stress testing. The temperature found in the BIOS will be higher than when it’s idling in Windows. Why? Because BIOS uses higher voltage levels to boot your processor so that it initializes.

In order to get a more accurate reading of your processor’s temperature when idling and under full load, it’s a good idea to use third-party software. Fortunately, there’s a variety from which you can choose, such as HWMonitor, Core Temp, and Open Hardware Monitor. One of the many benefits of using software to monitor the temperature of your CPU is that some programs monitor other components as well.

Depending on your situation, you might also want to use a tool for stress test benchmarking. There are a variety of tools from which you can choose for a stress test, you just have to find the one that fits your budget and needs.

What Should Happen After Determining Your CPU’s Temperature?

While a lot of information can be found online these days, this information isn’t available since there are a variety of factors that contribute to the temperature of your processor’s core.

In the absence of information regarding ideal CPU temperatures, you can compare the temperatures of your system with that of others with a similar setup and the same processor. It might sound complicated on the surface, but it isn’t because this information is, in fact, available online.

Sometimes it’s found when people provide reviews, while other times it’s found in technology-related forums. Technology is one of the fastest-growing industries in the world, which is why this type of information can sometimes be easy to locate online.

Some of the factors that will dictate what would be considered an appropriate temperature for your processor’s core include the type of processor you have, the quality of your CPU cooler, airflow, the room temperature, and overclocking.

Let’s take a closer look at these considerations:

It’s common for processors to run at varying temperatures. Sometimes the differences are significant, but not always. As previously mentioned, it’s important to compare your temperatures to those of someone who has a similar setup and the same processor.

All coolers are not the same. There are systems that have coolers of much higher quality, which means the temperature will be a lot lower. If you’re using a stock cooler, there’s a good chance that the temperature will run higher. In fact, a quality cooler can make a significant difference. Knowing what type of CPU cooler you have is an important aspect of determining if the temperature you’re experiencing is appropriate.

The amount of airflow that your processor gets plays a key role in its temperature. Even if you have the same processor as someone else, a similar setup, but less airflow, it’s inevitable that your CPU temperatures will be higher. It could literally just be an issue of having a case or setup that enables better airflow, which makes complete sense if you think about it.

It might have absolutely nothing to do with your system, and everything to do with either the weather or the climate in your room. If this happens, you might want to examine the temperatures of a third person to narrow down the issue.

The term “overclocking” is used to describe a situation where you set your CPU so that it runs faster than its stock settings. The purpose is to boost the performance of your system, but changing the settings often results in additional heat – more than what would be experienced at stock speeds. As discussed, this is just one of many factors that you’ll need to be aware of as you try to pinpoint any issues that might be causing high CPU temperatures.

How to Define “Too Hot”

Since Intel does provide guidelines regarding their maximum operating temperatures for Intel processors, it’s worth examining that information in order to get an idea of what might generally be considered too hot. Intel has specified that it’s common for a CPU to slow down when it hits a maximum temperature, which is called the TJunction or TJMax.

The reason why it slows down is that the system is attempting to reduce the temperature to prevent the damage that occurs when it goes over the maximum. The slowing down of the CPU is also referred to as “throttling.”

It’s important to understand that allowing the processor to constantly operate at maximum temperature is a problem because it can be an indication that there’s a bigger issue on the horizon. In other words, your processor slowing down because it’s too hot might be the beginning of the end.

There’s no guesswork when you’re dealing with an Intel processor because you can find the information that you need on their website regarding maximum temperatures. For instance, some Intel processors just have to stay between 85 and 100 degrees Celsius to be in the safe zone, as long as it doesn’t run that hot for long periods of time – remember, this is a maximum number. It makes sense that you would not want to have temperatures that high for a long period of time.

Unlike Intel, AMD does not provide maximum temperatures. As previously mentioned, this is one of the reasons why it’s so beneficial to review information on forums. You’ll come to find out that there are often common experiences concerning when a system will start to throttle and slow down because it’s too hot. Regardless of the type of system you have, it makes sense that the system slowing down is an indication of a problem.

How to Resolve High CPU Temperatures

So what happens when you have determined that there is, in fact, a problem with your processor running too hot? What’s the next step? In other words, how do you fix the problem? To some degree, the answer to these questions are insinuated in the information already discussed, but let’s go over them to make sure. There are also additional tips that you might find helpful.

To address problems with a processor running too hot, you can purchase a higher quality CPU cooler or a better case, take advantage of better thermal paste, make sure your computer is clean, de-lid your CPU, re-install the cooler of your CPU, and improve airflow by reconfiguring your case fans. You can also add additional case fans. There’s a really good chance that the application of one or several of these ideas will lower the temperature of your processor.

If you’re not someone who overclocks your processor or spends a lot of time in rooms at high temperatures, then there’s a good chance that you won’t experience consistent high CPU temps.

It’s important to keep in mind that processors with lower temperatures on a regular basis have a longer lifespan. That alone might be worth the effort it takes to cool things down.